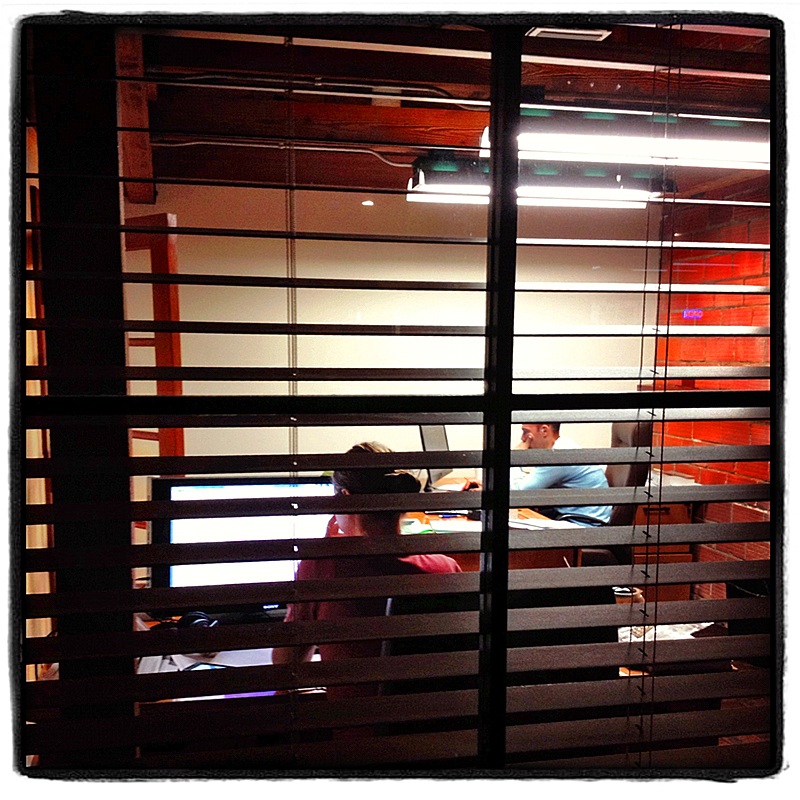 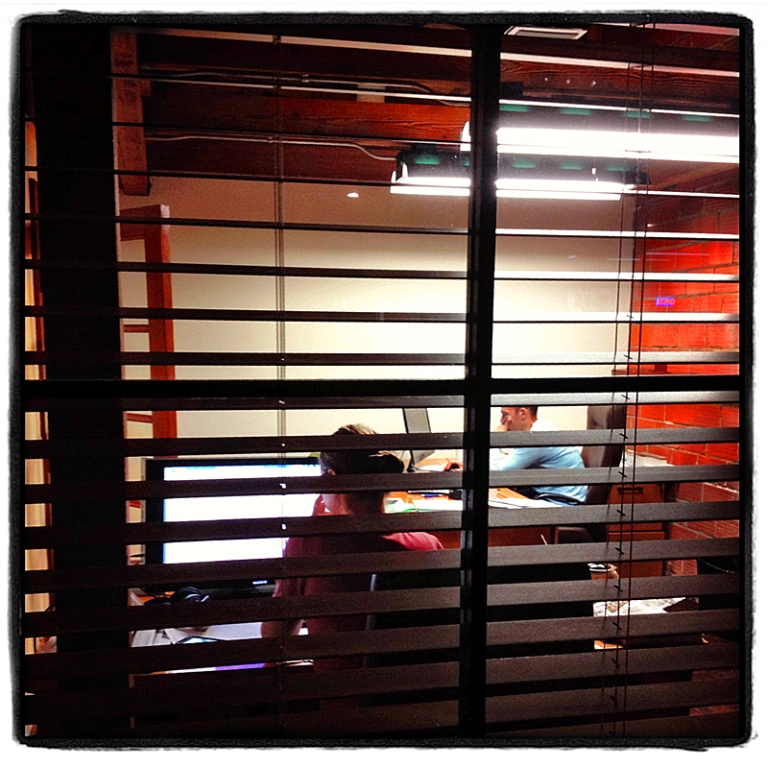 Through office window on 2nd Street in downtown Santa Monica…