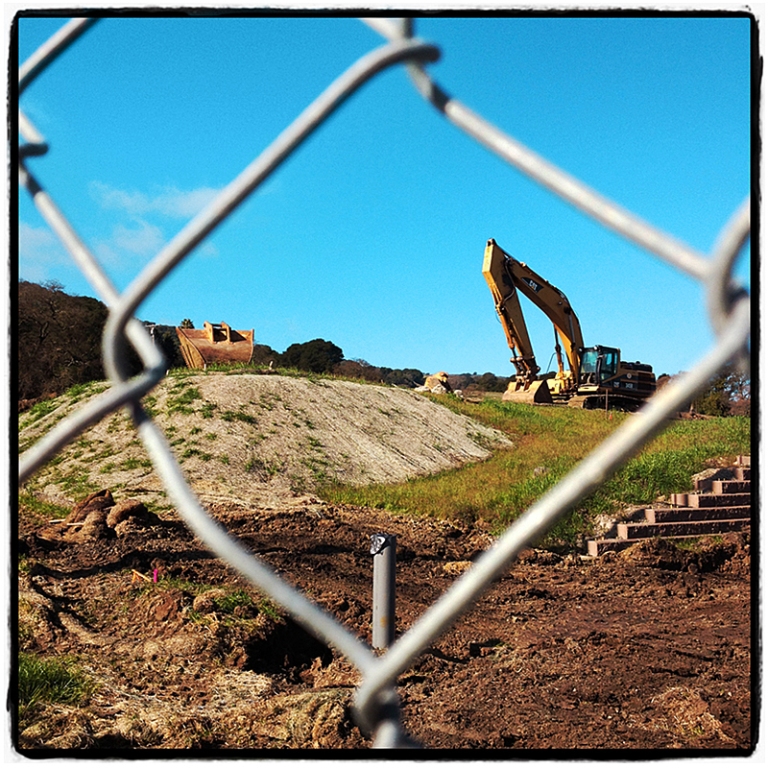 Still nervous about sneaking in, but at least I seem to still be finding images through surrounding chain link… © roger minick 2013