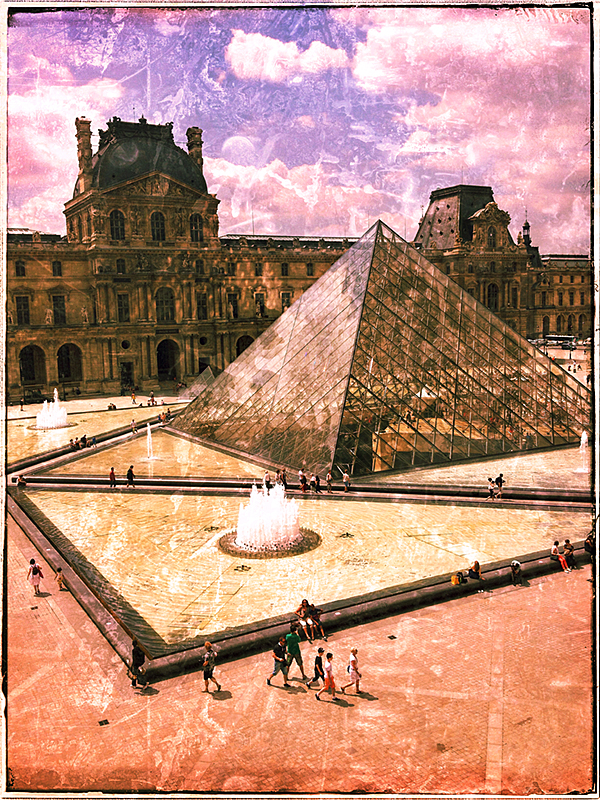 From a balcony cafe, the best view of The Pyramid, a stunning piece of architecture but a functional mess, as it is unbearably hot during the summer months… © roger minick 2014