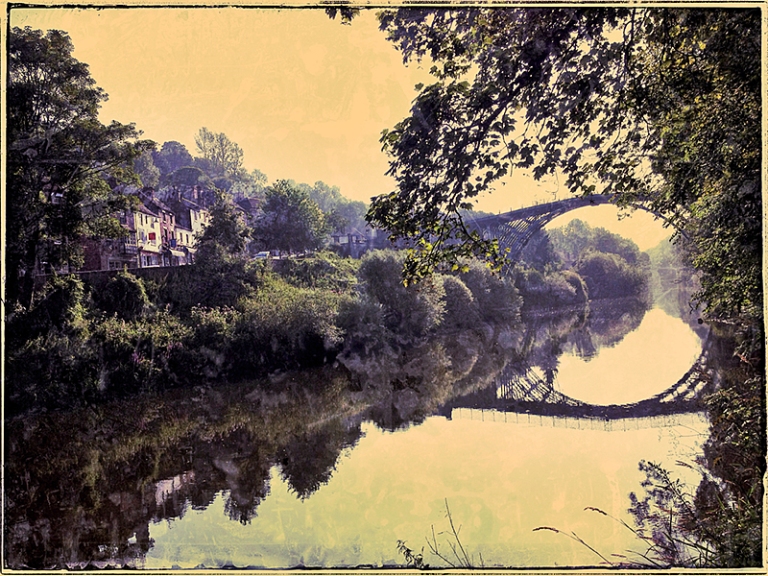 Iron Bridge was built in 1779, marking the beginning of the Industrial Revolution… © roger minick 2014