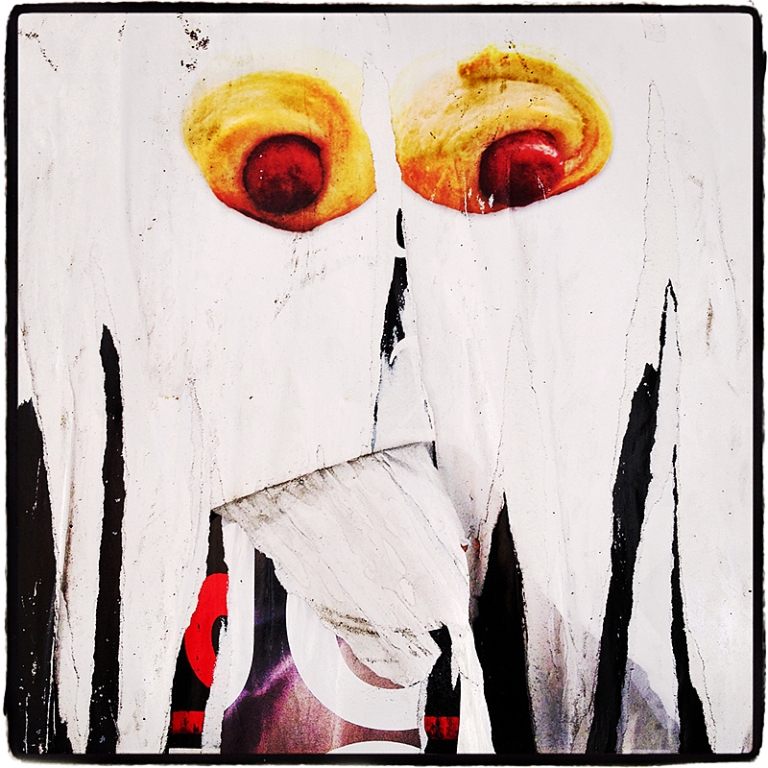 From tattered posters at a construction site near Union Square, NYC…