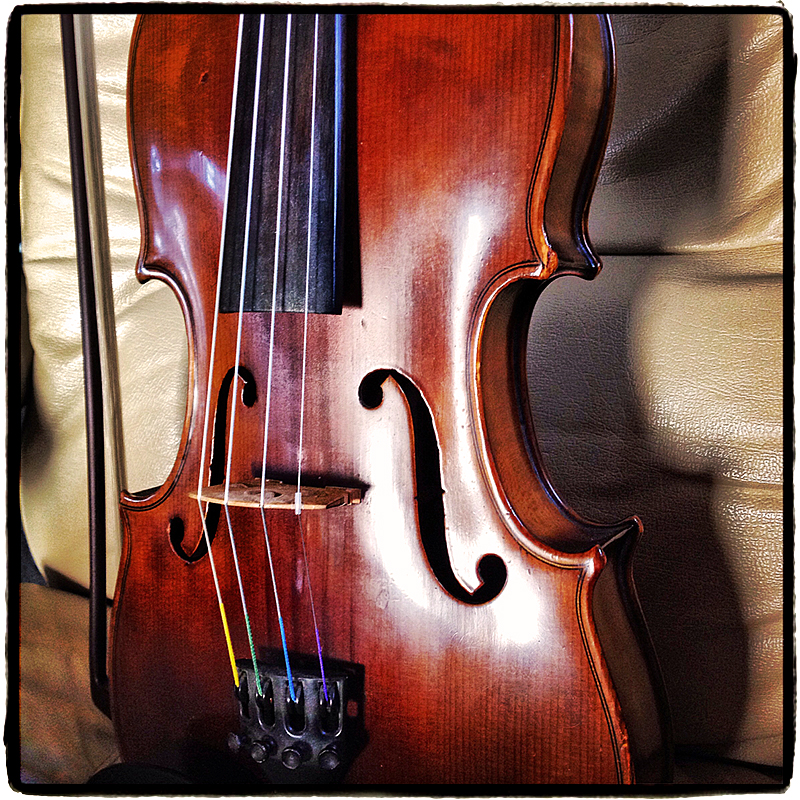 My fiddle which, after a hiatus of several years, I have started playing again… © roger minick 2015