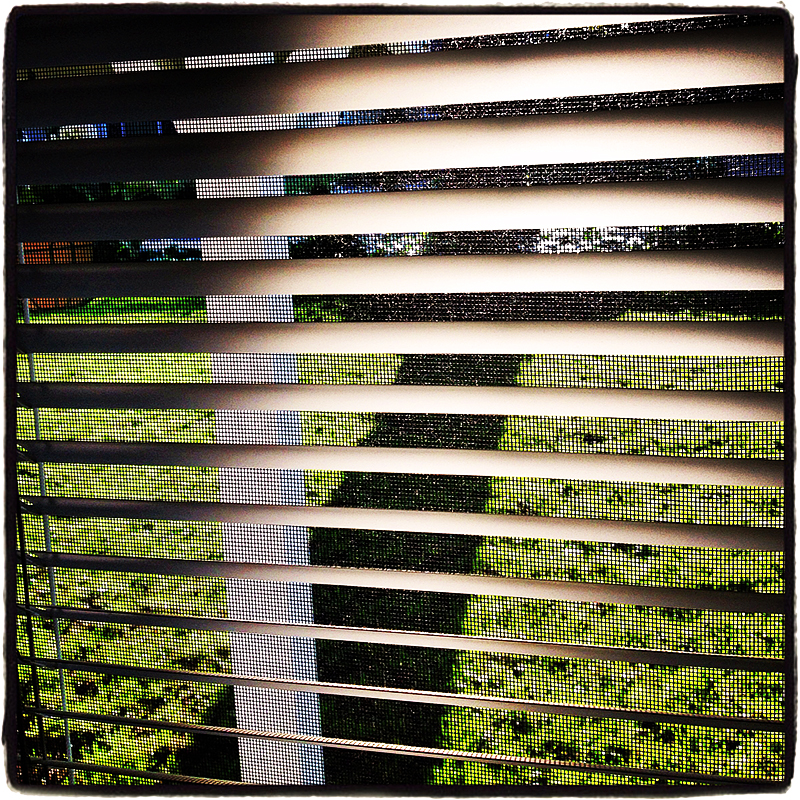 A chance configuration of light and shadow through bathroom window…