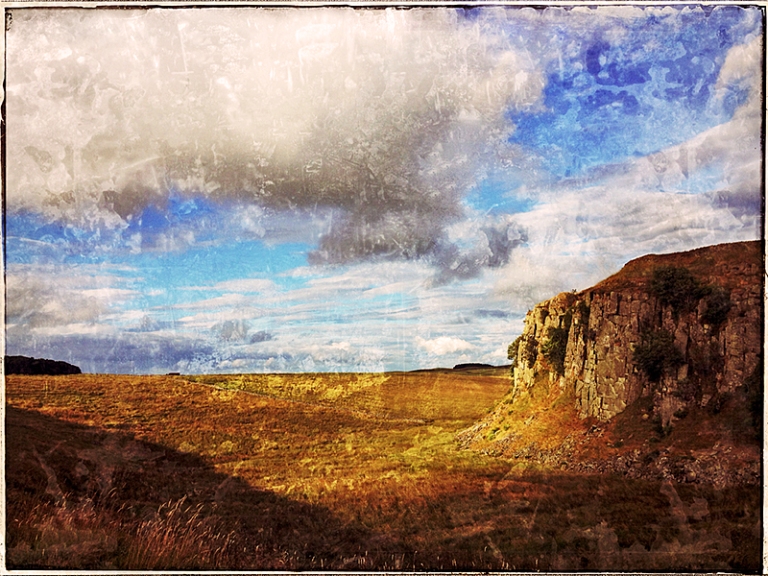 Cliffs along the 75 mile stone wall where in 122 A.D. rock was quarried for construction of the Roman wall and fortifications… © roger minick 2014